From the Yser to the Scheldt 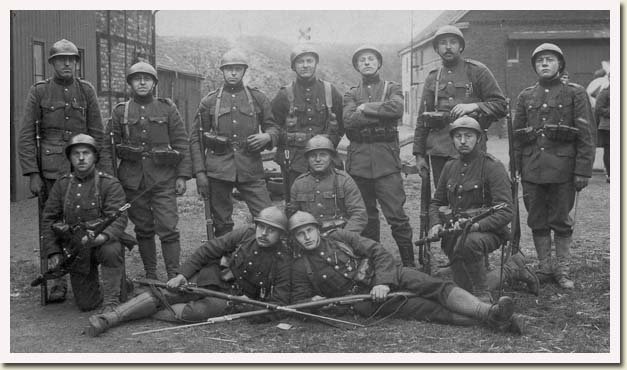 While the emergency (or transitory) uniforms and equipment allowed the Belgian Army to remain in the field during the winter of 1914-1915, it was widely understood that a more consistent system of supply – one that was funded by, and under the direction of the Belgian government and military – was needed if they were to continue in the field for the length of the conflict. First, it was important that new sources for arms and ammunition be developed in order to supply the Belgians not just with rifles, pistols, and machine guns, but with new field guns to replace those that had been so thoroughly used up in 1914. The abundance of 8mm ammunition made the French M1886/93 Lebel and M1907/15 Berthier rifles expedient alternatives, but the Belgians were fond of the M1889 Mauser and efforts were soon under way to ensure that this rifle remained prominent among the ranks. The French-supplied artillery and ammunition also needed to be supplemented, if not replaced, with whatever guns the Belgians could purchase, repair, or manufacture.

The second area in need of immediate attention was the design and manufacture of a new, more modern field uniform. Even in its simplified form, the uniform that had long been based around the blue overcoat was commonly seen as obsolete. Ornate uniforms were a thing of the past, as was the wide diversity in the uniforms of the various branches. The trend pointed toward using drab colors for uniforms, with more subtle differences between the branches. For a number of reasons, not least of which was its wide availability, it was decided that the new Belgian uniform would be ‘khaki’ in color. Initially, the khaki cloth was coming from a number of different sources and in a variety of shades. Eventually, the Belgian ‘khaki’ came to resemble and even match the khaki used to make the British Service Dress uniforms. 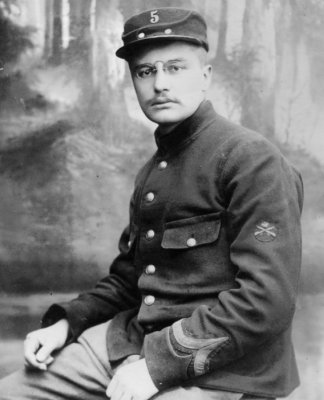 The first khaki uniforms were issued in the summer of 1915. These were temporary uniforms made primarily from cotton. The British influences on this uniform was obvious not just in the color but also in the design. It consisted of a British-style four-pocket tunic, straight-legged trousers, and a British-style soft-topped cap. The soft cap – or ‘trench cap’ – was supposed to have crown piping in branch colors, along with the national cockade and regimental number; however, there are many images showing a much simpler cap without many or any of these trimmings. Regardless, this hat soon replaced the Yser cap as the official service cap, and it remained as such until helmets were issued during the winter of 1915-1916. At that time the soft cap became the official off-duty cap.

A wool version of this uniform was issued in late October. The four-button tunic still resembled the British jacket in the body, but it had a standing collar with a branch patches attached, pointed cuffs, and the new national ‘Lion’ buttons. Some jackets also featured shoulder straps with piping and/or regimental numbers. Shortages and the onset of the winter months resulted in some Belgian units being issued British Service Dress, which was often modified in the field to resemble the new Belgian coats.

The new arm-of-service colors for the M15 uniform were: